How to Integrate Models and Code

Integrate your modeling and coding with the MetaEdit+ extension for Visual Studio. One click access to your MetaEdit+ repository and a live tree view of all your models: just double-click to open a model and edit it. With the extension's Autobuild button in Visual Studio you can generate code from the models, have it imported into a Visual Studio project, build and link it with existing hand-written code, and run the resulting application. As the application runs you can trace and debug it on both the code and model levels simultaneously.

See the future of software development, available to you today: watch a video (5 min) demonstrating the use of the MetaEdit+ extension for Visual Studio.

MetaCase is the first to offer the ideal integration of coding and modeling: no more manual correction of out-of-sync models and code, no clunky second-rate graphical editors in the IDE, no writing code fragments in dumb text editors in the modeling tool. Instead, a best-of-breed IDE for the code, seamlessly integrated with the top DSM tool for the models. 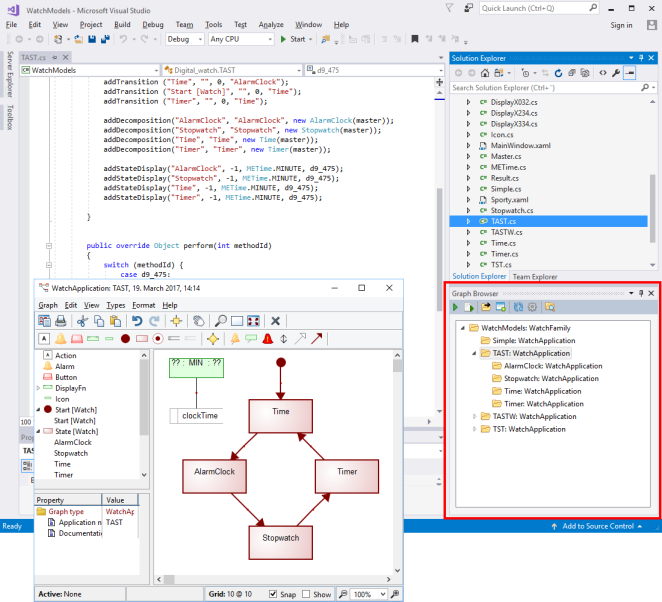 From the Visual Studio IDE you can:

From MetaEdit+ you can: